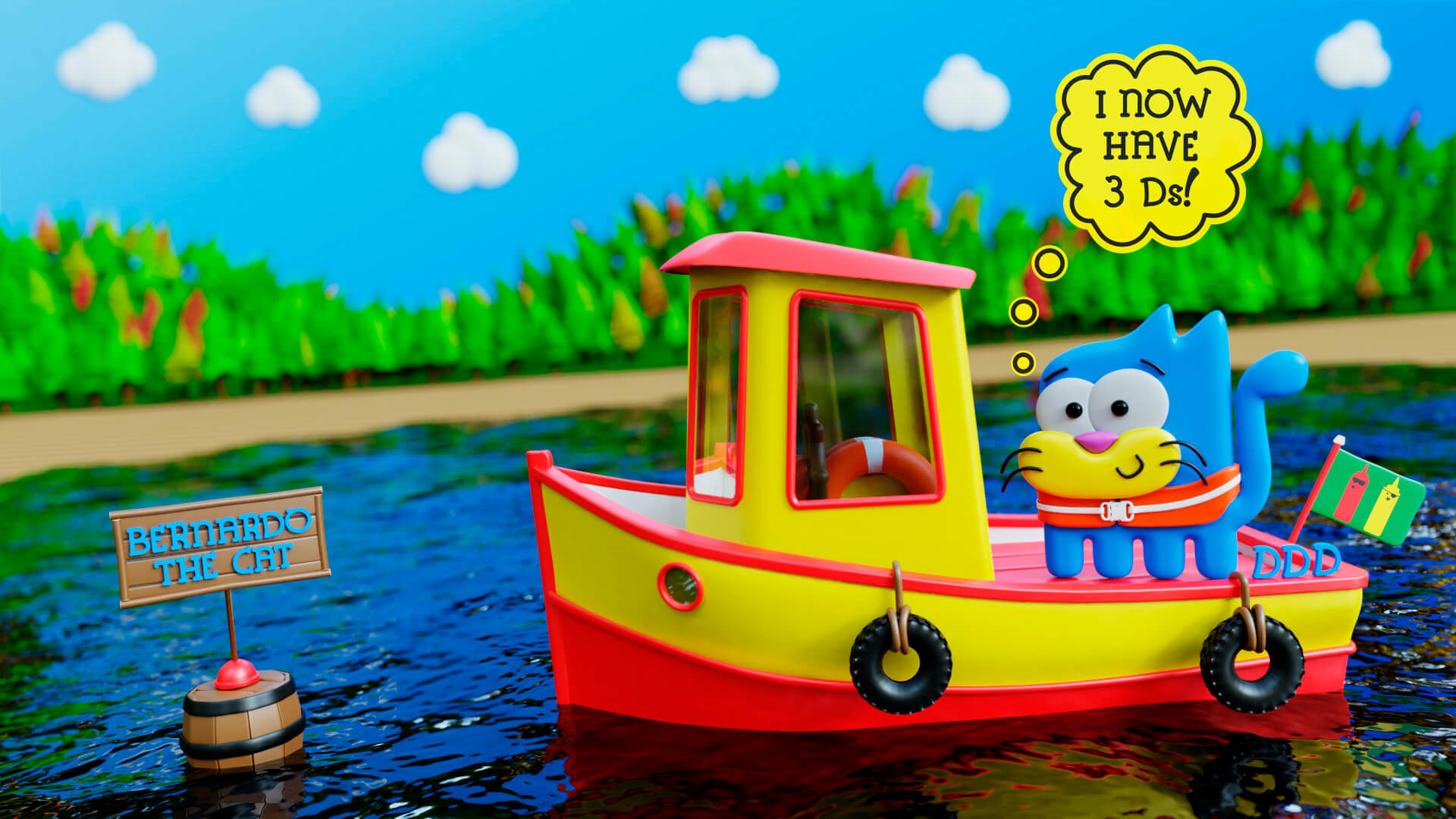 Big changes are coming to our tube-footed friend. First, there is the 2D to 3D redesign of Bernardo, which is why he is so excited for his third D. Second, I am making Bernardo into an animated web series. The first adventure will be about The Underground Elephants. Just wait till you see their feeding stations! Third, the site is under construction thus I apologize for the dust.   =^..^= 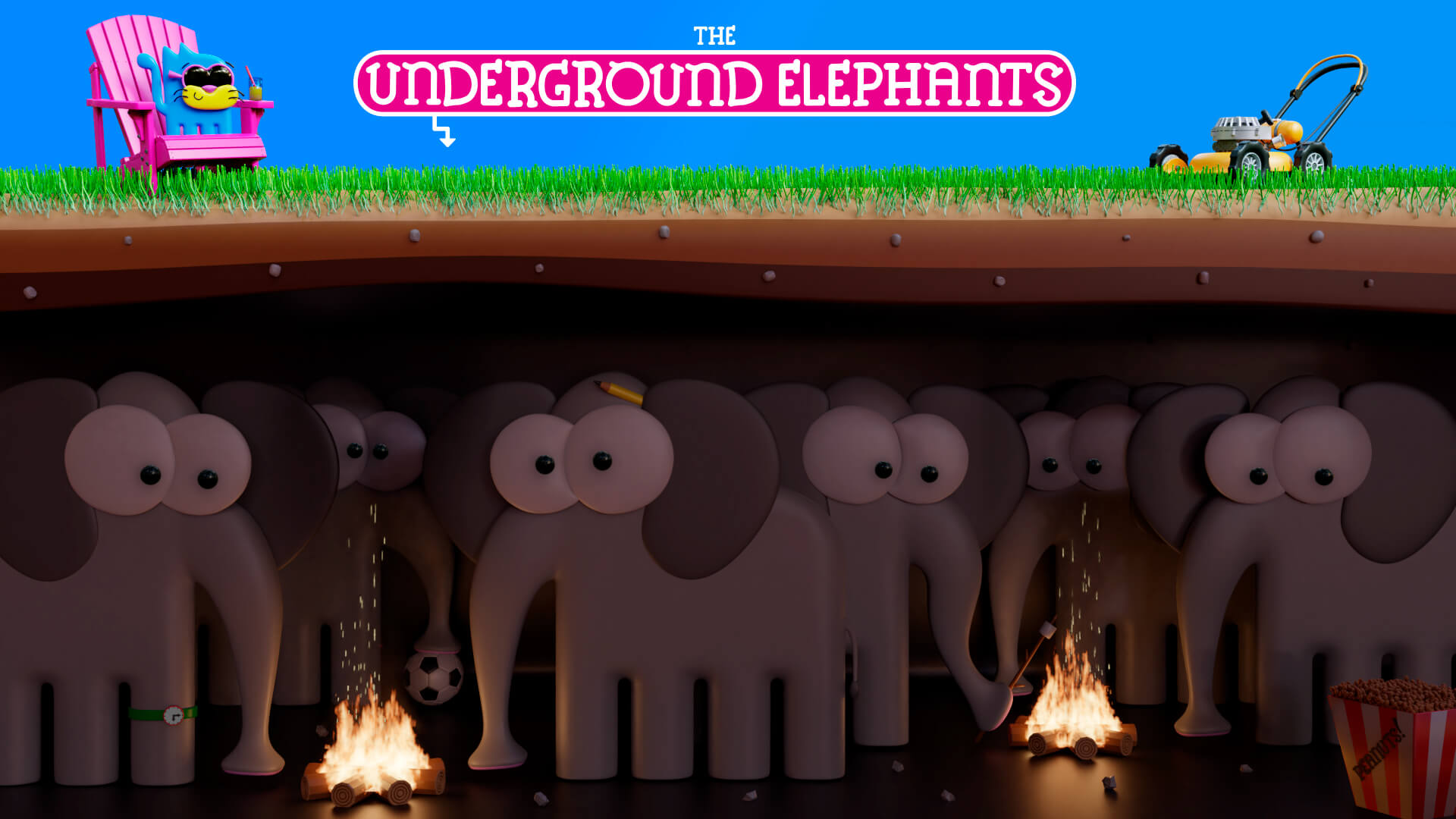 Bernardo goes from 2D to 3D

Why is Bernardo so excited about having three Ds? Well, you see, at first the poor kitty only had two. And let me tell you, I take full responsibility. Just look out below if you don’t believe me. During the terrible time of only two, he felt simple and ever so plane.

One day he was cruising around the deep sea aboard his tugboat, The Ketchup and Mustard, and heard something yelping in the distance. He immediately motored over to see who was making all the commotion.

As he got closer he realized it was a large and very unhappy narwhal (the unicorn of the sea). Bernardo noticed that the crying whale had something stuck around its massive tusk. He grabbed his remote-controlled robotic claw and carefully removed the item.

The narwhal said: “Ahh! Thank you so much! I felt so unhappy with it on. In fact, I don’t know how it got there in the first place.” Bernardo asked if he wanted to keep the mysterious object and the narwhal said: “Thanks, but no thanks. That thing gave me trouble.”

As Bernardo was waving goodbye (with his tail, of course) he realized what the problem causing item was, a . . . letter . . . D! “Aha, what luck!” he thought. He hit the almighty three, his third D.

By helping someone in need he was able to find something special to him. Ever since then, his view has dramatically changed. In all directions…

And that’s the story of how Bernardo received his third D. I wonder if he’ll ever get a fourth . . . 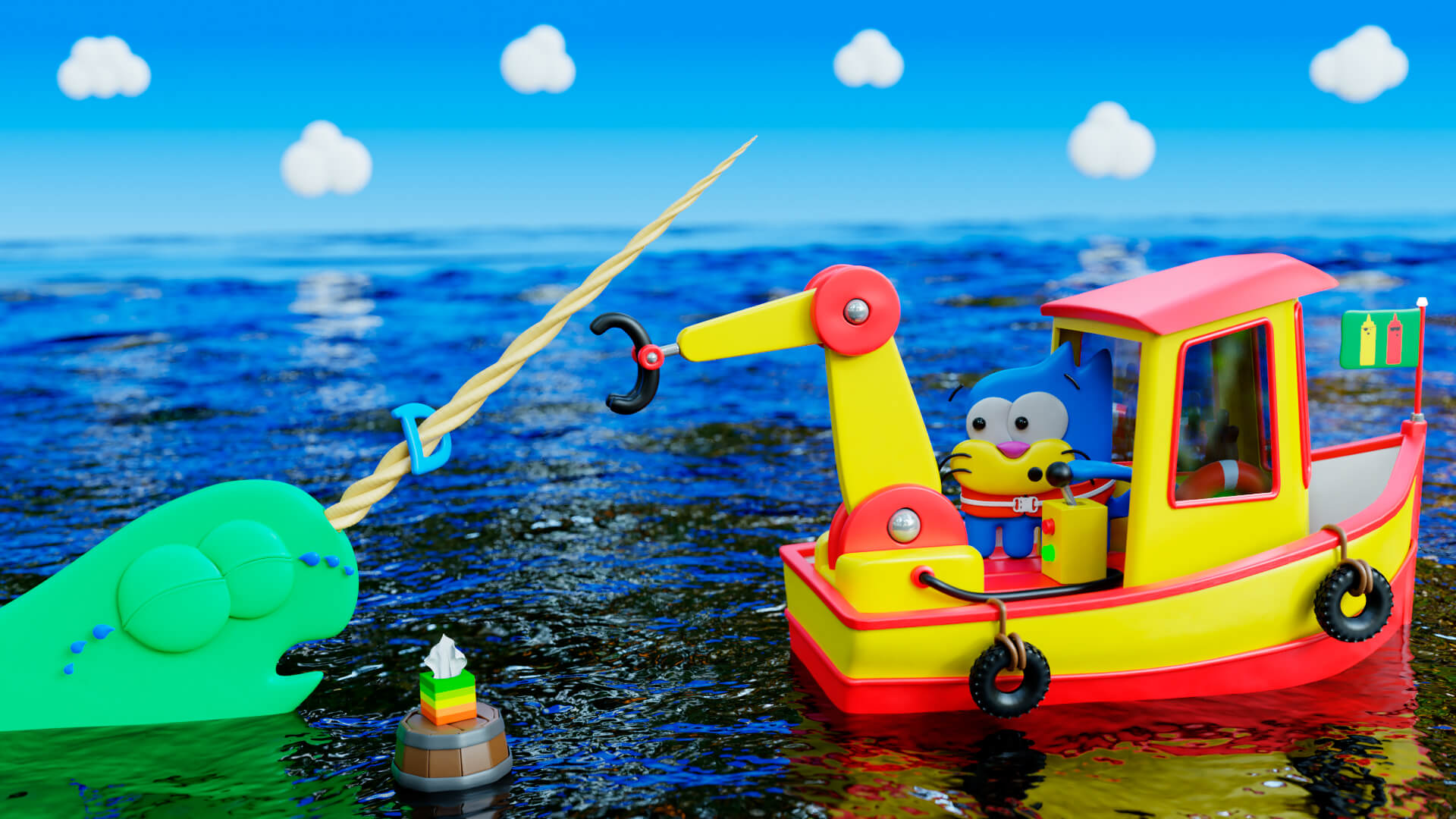 Available now on the iBooks Store

Bernardo enjoys all of the wonderful things in his backyard (even the crabby Mr. Ladybug) so much that he is a self-proclaimed backyard professional. Join Bernardo in his first adventure as he travels around his backyard and shows off the ten things that make him a pro! This enhanced ebook features over twelve pages of interactive shenanigans with play, pause, and navigation buttons that are easy enough for even the smallest reader.

“If it’s outside, it must be in Bernardo’s backyard.”
-Someone Famous

“I wish I read this book when I was an ankle-biter.”
-Someone Older

Where can I get this book? You can download it from the iBooks Store. It was designed for an iPad running iOS 9 or higher. If you are uncertain of what version you have, please download the sample. I like happy readers!

Is there audio to go with all the fanciness? Yes! I didn’t forget to hit the record button this time.

Why is Mr. Ladybug so grumpy? His hat shrunk in the wash and was on too tight.

Does Bernardo know how to swim? Yes, but his definition of swimming is paws only.

Where does Bernardo get his name? He was named after my Mom’s favorite barnyard cat. He enjoyed riding her record player like a carousel.